How the DOL Overtime Rule Impacts Your Small Business

Recently, President Obama signed new overtime rules drafted by the Department of Labor. The overtime pay protections were revised to reflect an evolving workforce that includes many white-collar workers whose compensation packages did not previously include overtime pay. The rules also are adjusted to reflect modern pay scales.

However, as of this writing, the rules have not yet been implemented and are being contested in the US Congress. If they are implemented, they will likely have a dramatic impact on small businesses.

Overtime pay is compensation that is awarded over for work of more than 40 hours per week. Overtime is typically 1.5 times the worker’s usual hourly rate and is calculated to reflect every minute worked over 40 hours.

Previously, any worker earning less than $23,660 was eligible for overtime regardless of the work they performed. Manual laborers were awarded overtime pay and white collar workers were generally not. Most white collar workers still were exempt from overtime compensation rules, so a retail manager making $33k/year would have no claim on overtime.

What Impact Will the New Rules Have?

In a nutshell, what stands to happen is that the economy will see an additional 5 million workers claiming overtime pay and 10 million more finding their non-exempt status strengthened.

Whereas many workers were cut off from overtime compensation once they reached the cut-off limit of $23,660, now all workers making up to $47,476 are no longer exempt from overtime rules, regardless of whether the worker is a manual laborer or performing managerial duties.

That is, the cap on overtime eligibility more than doubles under the new rules, and includes far more people. So, if a company has a bedrock of staff accountants making an average of $45k/year, all of those employees must be paid for any and all overtime work they perform. In tax season, such a business will see its expenditures inflate wildly over the previous year.

Employers must now assess which of their employees will qualify for overtime once the rules take effect. Then, they need to determine how many work overtime and by how much. Since many overtime hours are not currently being tracked, managers and executives need to estimate the impact the new rules will have.

Nearly all businesses will be impacted by the new DOL overtime rules. Since payroll is a huge part of any company’s budget, small businesses should start preparing now for the coming changes, which are slated to take effect December 1, 2016.

Companies might opt to take on part-time help to offset any extra overtime expenditures or they might choose to hire new full-time employees, depending on the need.

Rush Recruiting & HR is your local outsourced HR company for all of your human resource needs. From consulting services on your day-to-day operations to equipping your onboarding staff with the corporate materials necessary to succeed, our HR professionals are here to help!

Lori Rush
Lori Rush is the founder and President of Rush Recruiting & HR. In addition to having over 20 years of experience and being certified in STAR behavioral interview techniques, Lori is an active member of the Home Builder's Association (HBA) and Oregon State University Alumni Association Board of Directors.
Recent Posts
Categories
Search
Contact Us
Great Customer Service
Check out Rush Recruiting & HR on Yelp 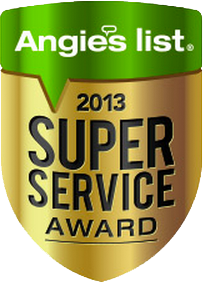 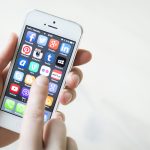 Employee Turnover Costs: How Much Is It and How Is It Calculated?Human Resources